So I should be doing laundry. I need to get that out there. It's at the point where I am encouraging everyone to dig around for party napkins in the closet to use for bath towels (which is also a necessary substitution for toilet paper on occasion...why is that I always have party napkins, but never clean towels or toilet paper?). But laundry schmaundry! Instead, I thought I would share Day 2 of our Cousin Camp 2012 Adventures. At least most of them. I think we did things that didn't get photographed. Which is probably a good thing.

Day 2 was a special day at Cousin Camp. It was Ama and Papa's 42nd Anniversary! We started the celebration early by making cake in our Cousin Camp Cooking School.

The recipe we used is one of the easiest Scratch cake recipes around. It's called ABC Cake and was given to my mom by a church member when I was just a little bitty girl. Let Them Eat Cake! 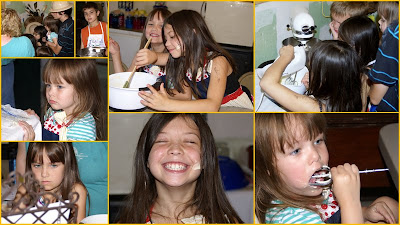 So this day was our Water Day. Such as it was. My intentions were good, I assure you. But our pool wouldn't stay inflated. We could barely get our water balloons filled and somehow I thought 2 water guns would satisfy the restless horde. 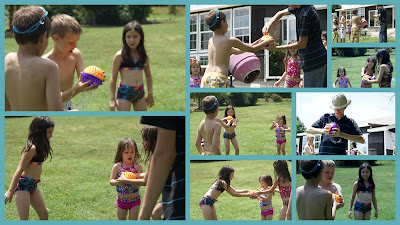 But...The kids had a ball. Literally. 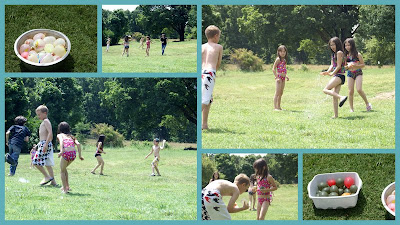 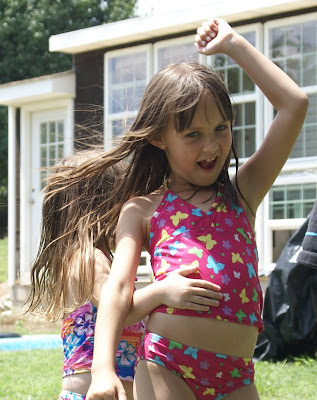 It doesn't get any more "Cun-Tree" than this, my friends. 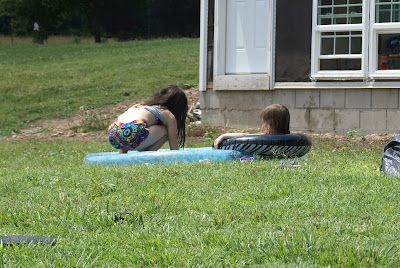 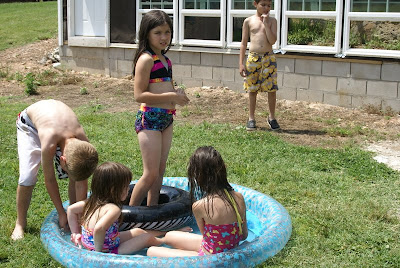 This is hilarious. But my question is...Who wears jeans and a shirt to a water balloon fight? Come one! He had that one coming! 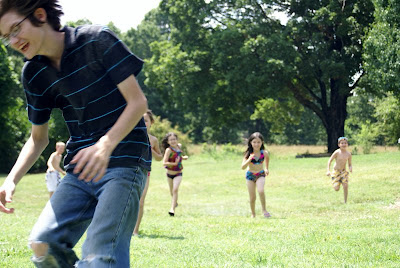 After an afternoon of "Water Fun," the kids got to have some free time. Which meant plenty of this. 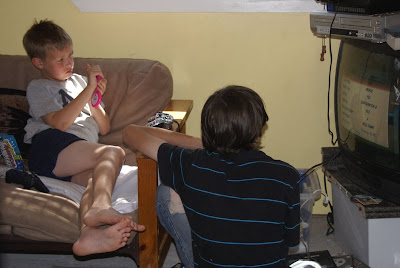 And a whole lot of this...Too cute. Just Dance! 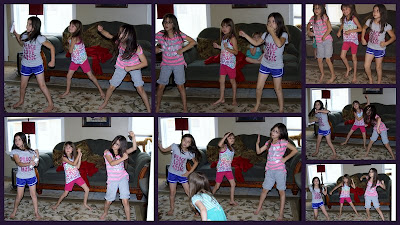 I assure you that Josiah does have other clothing. I'm not sure why he chose to spend the day in his swim trunks and goggles. At this point, however, I was just pleased everyone had at least some sort of clothing on their body. 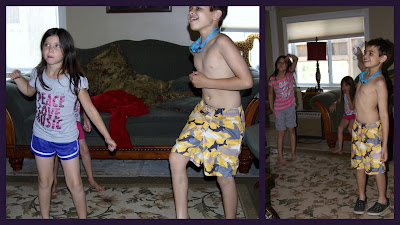 This cracks me up. Christopher was playing Just Dance. Mom tried to get a picture, but he would freeze up. "Who me? I couldn't possibly be doing something as uncool as dancing!" 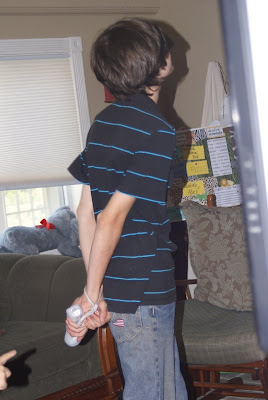 But then again...I've seen this boy dance. It probably is a good thing we don't have evidence of his skills. It's not pretty. 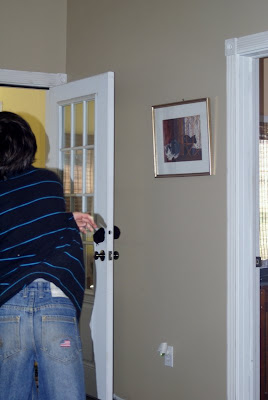 Late in the afternoon, Papa drug out the welder's mask (courtesy of my Little Bro) and we all took a peek at Venus passing in front of the sun. Cool! You can see Josiah continued his swim theme of the day. 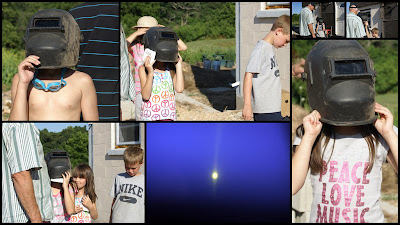 There were other activities on this day. The Bucket List, Arts and Crafts and more Pickin' and Grinnin'...And frankly, I was just thrilled to be able to put two words together at this point.