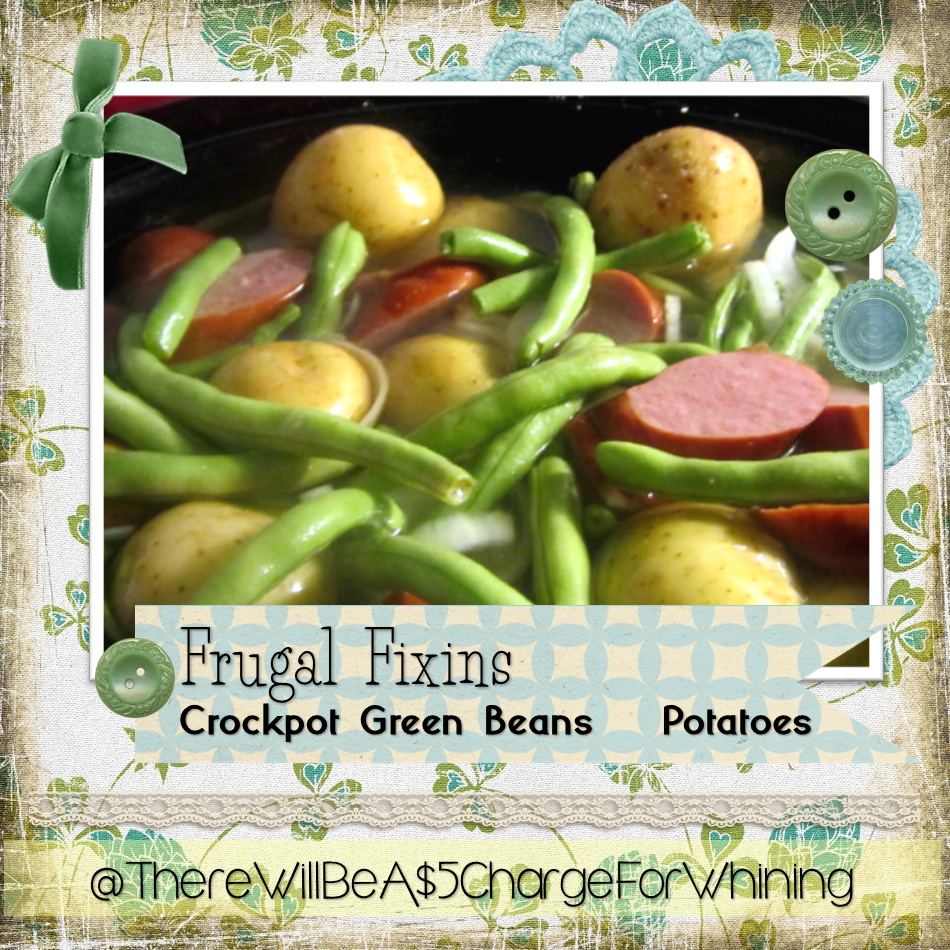 The Polar Vortex was nice while it lasted. Very nice.

Now we are back to the "Good Ole Summertime." Which means my face melts everytime I step outdoors. I was visiting with one of my upstairs neighbors. We are both fair complected. Our hair drooping around our faces...we wither.

The last thing I feel like doing on a hot steamy day in the Ozarks is heat up my kitchen. I try and plan a few meals that take minimal heat. Which happens to be a bit more complicated because my microwave went on to greener pastures this week (I know).

My Crockpot is my friend. And one of my favorite Crockpot meals in the summertime incorporates some of the goodies I am bringing home from my Dad's garden.

This is one my Mom made. She would serve it just with a side of freshly harvested garden tomatoes and maybe some sauteed summer squash (depending on if we were at that point of leaving squash in unlocked cars...squash does that some years). Troy's Mom makes it too.

My recipe calls for: Green Beans, Potatoes, Onion, Smoked Sausage,  chicken or vegetable bullion and salt to taste (plus water).

These beans are freshly harvested and snapped. You can see the one I need to snap a little further. I did so shortly before dumping the green beans in the crockpot. You can use any kind of green bean...even canned green beans. I think it works a bit better with frozen beans if you don't have any of the fresh kind.  Aldi generally has their fresh green beans at a good price. I even like to roast them. 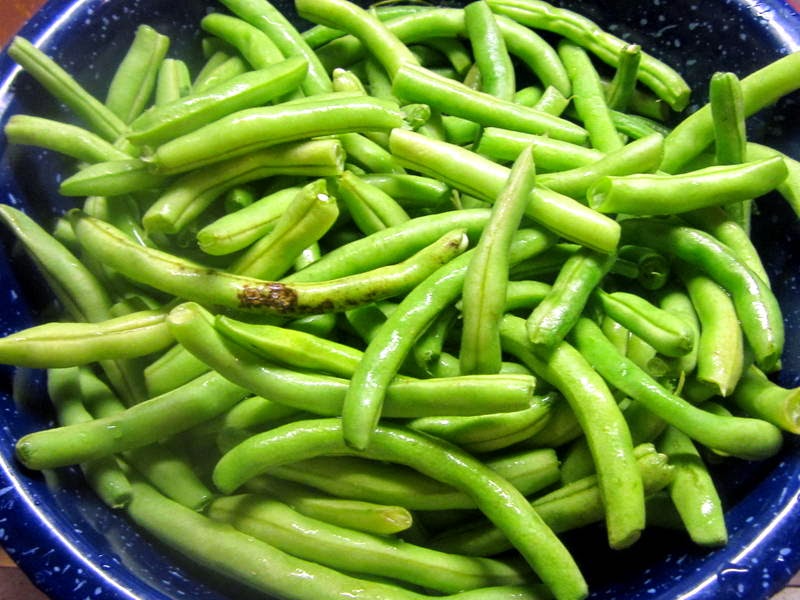 The potatoes are small gold potatoes. You really can use any type. I left mine whole. You can cut them in half, quarter them..the larger your potato the more attention you need to give to it. I love the potato. I can't enjoy the potato as often as I would like, so I want to pay proper homage to it when I can. You should see the picture I painted these potatoes (kidding!) 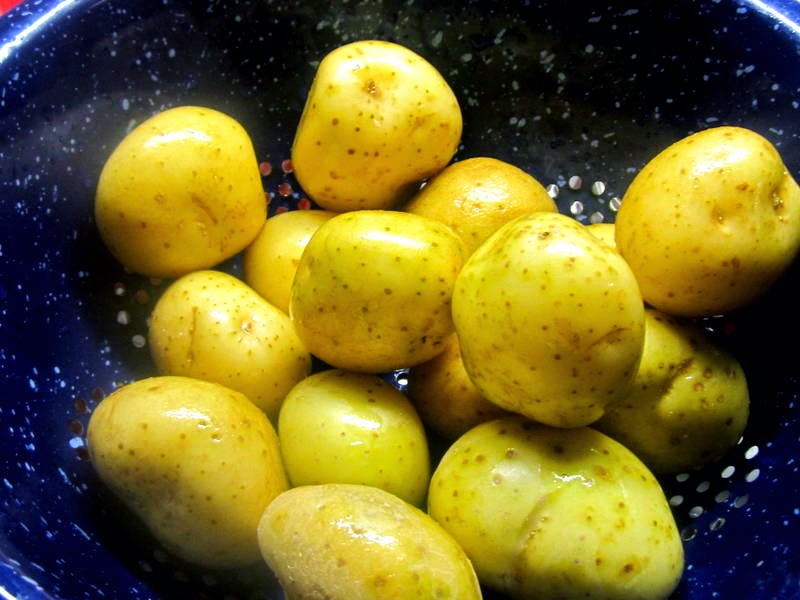 The onions came from Dad's garden as well. They really have a good taste. The Muffin likes his onions to be onions so I just give them a rough chunk. That Muffin would eat an onion as is. That's why he's The Muffin. 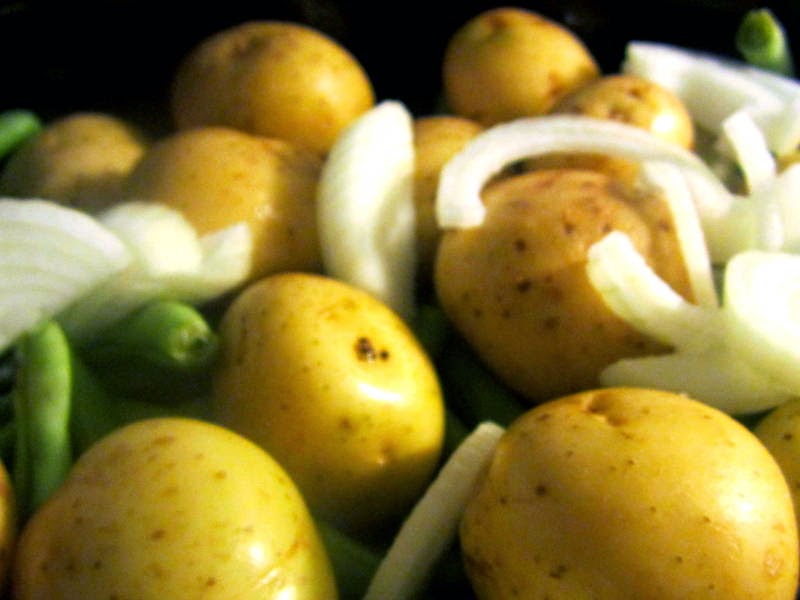 This did not come from my Dad's garden. He isn't that good. This is smoked turkey sausage. You can use bacon (bacon!) or ham. You really don't even need to add meat, but I married a carnivore. I paid just a little over $2 for this pound of meat. Which makes pretty cheap eating. I chunk it up so he feels like he's getting a little more meat. I have used bits of ham I found lurking in my freezer. Not that it lurks as often as I would like. 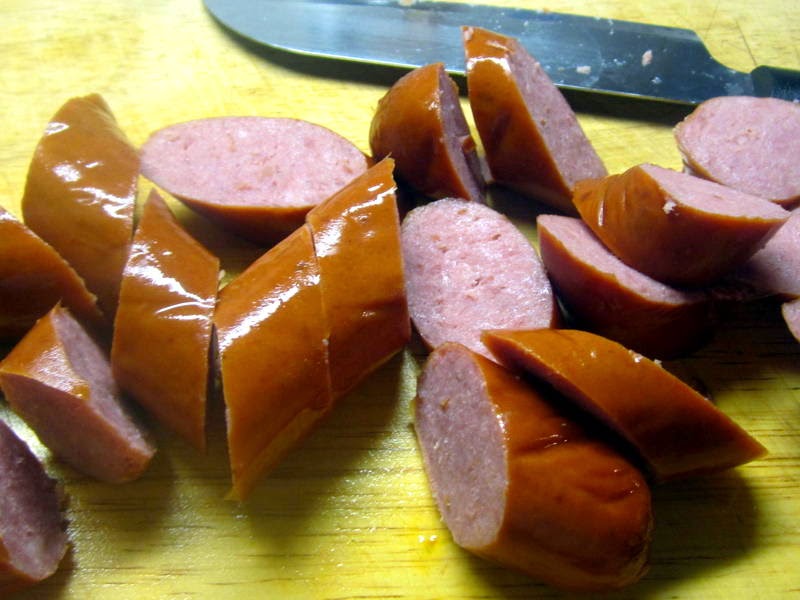 My secret ingredient to this dish is always the bullion. My favorite is a chicken bullion I get at an Amish store, but I was out of that. I am sensitive to MSG so I look for those that are MSG free. This is not quite as concentrated as what I generally use, but it gave it a nice full flavor. I believe I used 2 for about 4 cups of water. 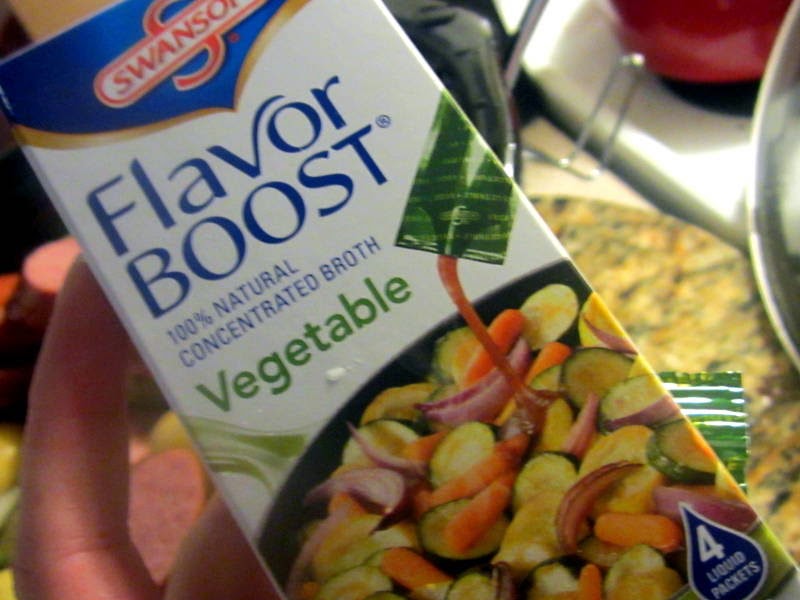 You really don't need as much water as I put in my crockpot. Crockpots make additional liquid as they cook.  It was still tasty...it just resembled  more of a stew. 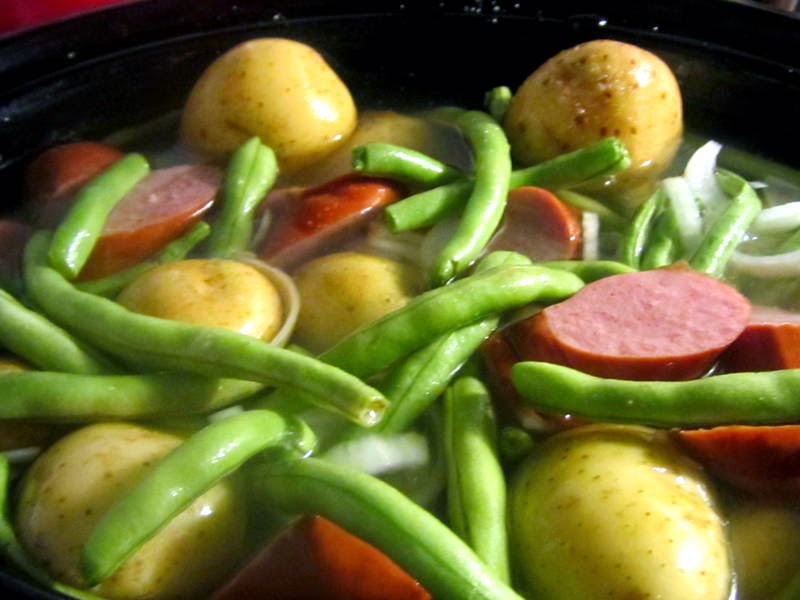 I just turned my crockpot on low and let it cook! Easy Peasy. I think it probably takes between 6-8 hours. Because I left my potatoes whole it took the 8 hours.  Which caused a bit of a problem for The Muffin about hour 4. I got this call while I was at the Y. "I just checked supper and the potatoes are still hard!" I assured him that I had it under control. It was about 1:00ish...he thought he was going to have a sneak bite! 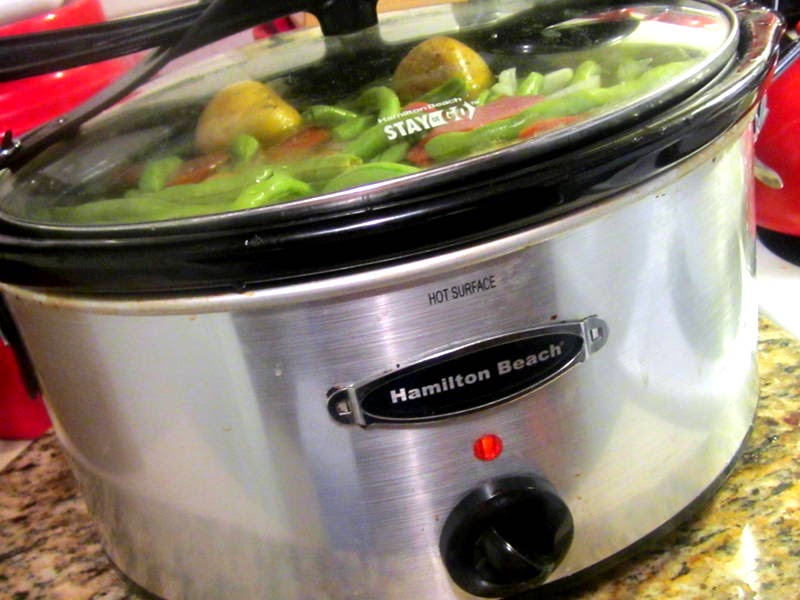 You can serve this alone or make up a pan of cornbread. I sliced up a tomato or two and served it with some corn on the cob (also from Dad's garden). I love these easy summer suppers.

Posted by Rebekah Teague at 8:09 PM