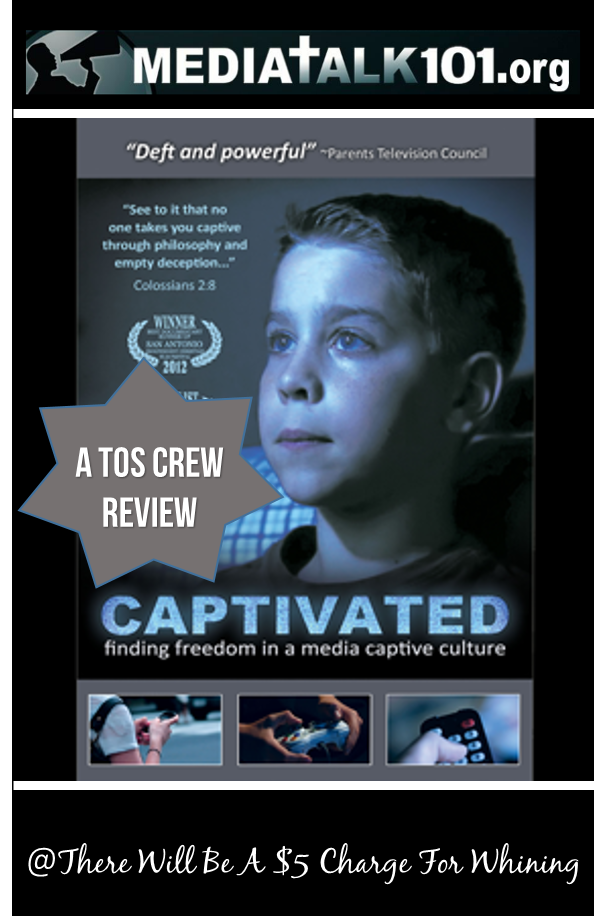 As I write this review I have become more aware of all the noise in my small apartment. The noise isn’t coming from screaming or laughing children. I only have the one. Though he can scream and laugh as well as any. The noise is coming from the television playing in the living room. The beeps and whistles of a video game in the bedroom. My laptop “tinging” to let me know I have a message.

Those things in themselves are not bad. We’ve always been careful of the programing and movies we watch on TV. Our son can only play particular video games. However, I’ve been further challenged to use increased wisdom when it comes to those media influences in my family’s life.

Recently, I was given the opportunity to review the Captivated DVD by Media Talk 101. This award winning documentary challenges and inspires all Christians concerning our media obsessed society. 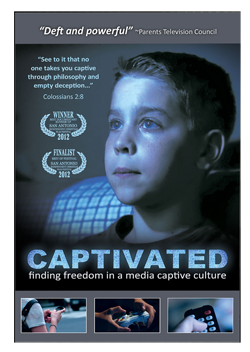 When I told my son recently that I was allowed to watch only ½ hour of television on week nights growing up, he was flabbergasted. Of course, I was a young one in the ‘70’s and ‘80’s.

Don’t feel sorry for me. My childhood was spent building forts, exploring creek beds, daydreaming under tall trees and reading books. Oh. And don’t forget the chores and time spent with family. I have tried to give my son the opportunity to experience some of the same wonders I had as a child.
(especially the chores). However, in our household of 3 we have more techy devices than some small countries combined. You realize I’m exaggerating, but sometimes it feels as if our lives are centered on social media, video game scores and movie reviews.

This being said, I recognize how media has consumed us. Not only me personally, but our society as well. 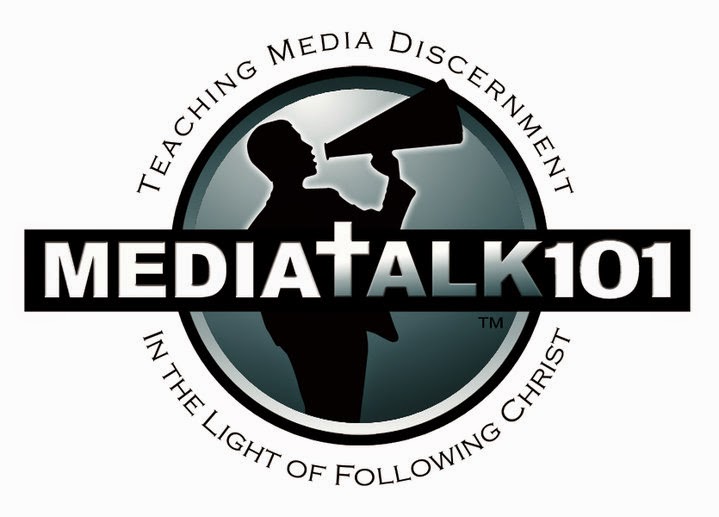 Captivated is not an anti-media film. No one is encouraging us to toss all of our electronic devices into the dumpster (though one dad physically clipped his cable from the wall). Captivated encourages us to put Christ in the center of everything we do. We need to be captivated by Him…not by technology.

I was so challenged after viewing this film. And a little uncomfortable. It made me think of how I use my time and what I have allowed to have influence over my family’s time and attention.
Here are some things that really stuck with me. We live in an age where there are more television sets than people per household. Wow! The average kid watches 53 hours of television a week. That is more hours than most folks work in a week!

There was some very information on the development of the brain. We are so proud of our ability to multi-task. Did you know our brains aren’t built to multi-task? Something will suffer. If you have tried to have a conversation (or hold a conversation) with someone texting on their phone you understand. It is generally the real life interaction that will be neglected.
One thing the film did not shy away from was the word “addiction.” During the course of the film, several folks shared their own testimonies of media addiction. There was a beautiful lady who shared about her addiction to Facebook. She did not villainize Facebook in the least. Instead she spoke of her perception of life being distorted through Social Media. With those platforms we can be deeper, more attractive and more important than we really are. I do like using Facebook (I like staying connected), but I certainly agree with her. It can present a distorted view of reality.

Captivated encouraged me to think about how much time and attention I give those things. You might ask. Isn’t it kind of ingenious for me (a blogger) to be talking about reducing my time in front of all things media?
I think the film hits nail on the head. Here are some of the notes I scratched while viewing the film.
”we must use media discernment”
“What am I spending my time doing? That thing is the most important in my life”
“we have enslaved ourselves…what are our idols?”
“we need to let the Bible form our worldview…not the media”

Food for thought, for sure. Here is the bottom line. I enjoy my technology. I like Social Media. I like blogging. I like watching a movie with my family on Friday nights. But, I also recognize that I must not let these things consume me. I must be consumed by God.
I do recognize that I need to pay better attention to the time Josiah is spending on his electronic devices. We do have limits, but I also recognize that if he can stretch those limits he will. I want him to grow up to be engaged in real life and in love with Jesus Christ. We all need to practice discernment...in every area of our lives.
One thing I appreciated so much about the film is that they offered real solutions. They were so encouraging! I don’t like it when I am confronted with a task then not given any practical steps to make changes.
Some of them might seem extreme, but I believe that the advice to “live a real life” is the best you can get.
This is a film I plan on sharing with the young people in my life (specifically at church). If media consumption or addiction is something you are concerned about I encourage you to watch Captivated. In fact, I think all Christians need to take the wisdom found in the film to heart.
Here are some of the particulars.
Captivated DVD is almost 2 hours long. There is also a really nice bonus features section that features more of the interviewers. There is some great stuff. If you have a man in your life (especially a young man) I encourage you to watch the interview with Kevin Swanson with those men.
The movie is intended for adults, but it is appropriate for all ages.
You can purchase the Captivated DVD through the website for $16.95.  Right now, I believe there is a special: Buy one get one for $5.

Read more reviews by clicking the banner below.

Posted by Rebekah Teague at 9:36 PM