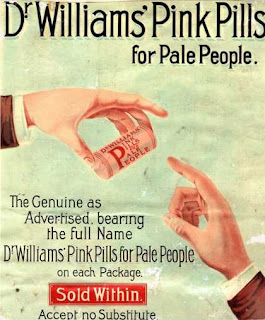 So I’ve had a pretty rough week. A foul beast has plagued our fair city and I was among its conquests. Meaning I got a nasty bug. Now The Studly Muffin has been laid low. I’m getting ready to start my second round of antibiotics and Josiah (the 9-year-old) is in charge of the household. He’s pretty self-sufficient. Just this evening he prepared a pan-fried trout with almandine sauce, roasted brussel sprouts, a delicate butternut squash soufflé and a blackberry tart. He’s single handedly dusted every surface, washed at least 5 loads of laundry and has taken to scrubbing the tub with his tooth brush. Next he plans on finishing his school work for the week which includes a multi-sensory project on animal habitats and a plaster relief map of the world.


As if! At this point we will be lucky to find a path clear to the kitchen. He most likely has every action figure guy he owns standing in preparation to wage some ferocious war…they are spread out across the living room floor…along with pillows, a large collection of bubble wrap and a thousand little tiny Legos. Last I looked Spiderman was about to put a hurtin’ on Mr. The Incredible (Josiah has always called him that). Undoubtedly, Indiana Jones will swoop in on the vacuum cleaner cord (which has been tied up and subdued) and save the day..and my little ceramic birds that are being held hostage by Lex Luthor (who happens to be moonlighting as a plastic police officer from the Dollar Tree).

He also has been watching a lot of The Cosby Show. He thinks Mr. Bill Cosby (as he refers to BC) is hysterical. I just heard him howl in delight. Not to worry about Josiah. He knows his way around a peanut butter sandwich.

I have found myself laid low many times throughout my life. Whenever I hear of people go on and on about their own lives and how impossibly busy they are and how they never would have time to do things like read a book, write in a journal or catch up on the last 2 seasons of Doctor Who…I roll my eyes just a little. Not in disrespect. I can’t imagine having a life so normal that these interludes of enforced quiet time never happen. I also understand that we take all the “stuff” we do a little too seriously. What happens when life goes on? Without us? Trust me. I’ve been there. And this time a little bronchitis/pneumonia whatever you are thingy wasn’t any different. The only difference being that this time I wasn’t facing imminent death or the recovery from imminent death….cause I have been there more than once…more than twice…and yes, even more than three times. I am so thankful that this wasn’t one of those times. It is frustrating, I know….to be quiet when you want to be heard and “involved” in the world. When you feel that if your family doesn’t have a 3 course meal every night the Healthy Moms Unite Coalition will come to your door and take away your life-time membership.

Anyhoo, Today has been the first day I’ve been able to think a little more clearly. I’m not saying I’m thinking anything coherent…it’s just clear that I’m fruity!

P.S. It’s also clear that Josiah is in big trouble. The Studly Muffin just sat in syrup. Apparently, syrup has been added to Josiah’s list of “go-to” meals.
Posted by Rebekah Teague at 6:52 PM No comments: 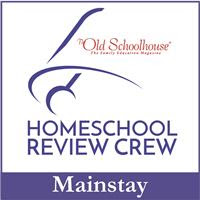